When the sun goes down in Panama City there a surge of energy – a kind of “second wind” that infuses all who endured the afternoon tropical heat.  The city never sleeps, but the evening brings on a renewed sense of energy.  The temperature hovers around a perfect 24c/75f and the humidity is just right – it hugs you as you walk around the lively streets of the city.  So what are the top things to do?  Here are a few of our favourite suggestions:

1. Soak up the city lights.

Panama City may be all hustle and bustle during the day, but like the Latin culture, she sheds her work clothes and dresses up in glittering style when the sun goes down.  There are plenty of vantage points in which to soak in the glow of the city splendour, from rooftop bars (like the the 66th floor of the Ocean Sun Casino), to a walk along the Cinta Costera. 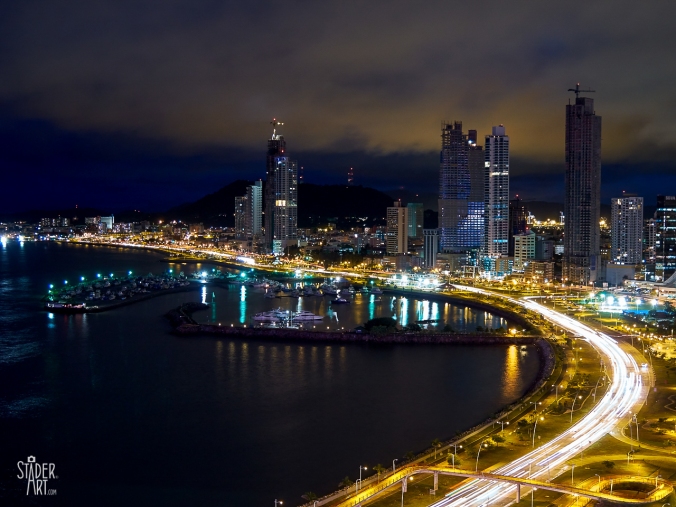 (The Cinta Costera along the waterfront in Panama City)

2.  Watch the ships lining up to transit the canal.

This is just as fun to watch in the evening as it is during the day.  The best viewing spots are on the Amador Causeway and the Miraflores Locks.  The Locks feature a raised restaurant with a lovey outdoor balcony from which you can enjoy the show while sipping a martini! 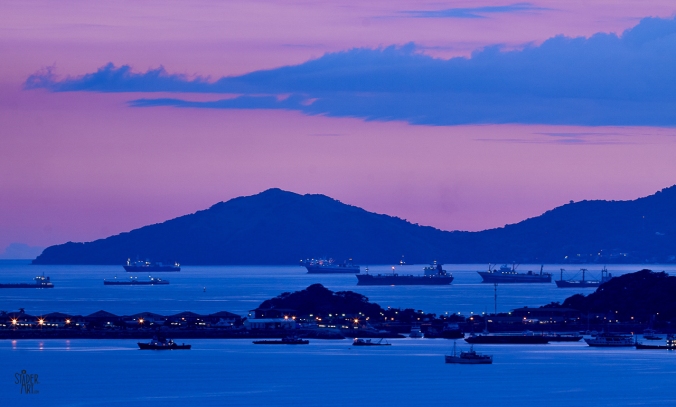 (The Panama Canal never sleeps either – ships await their turn to transit the 80 km waterway 24/7, 365 days a year)

3.  Kick-back and enjoy the the vibe at a local restaurant.

Panama has an amazing restaurant scene, everything is made from scratch and there is a broad range of cuisine available to suit every palette.  It is also a great way to people watch –you never know who might drop in!

One evening we were enjoying dinner outside on the Bay of Panama and we noticed a heron sitting on the roof line of the restaurant.  Of course we didn’t have a camera with us but this Black-crowned Night-Heron was incredibly patient and waited 10 minutes for us to grab the camera and come back to the restaurant.  It continued to pose for about half an hour because it was waiting for an opportunity to grab one of the fish swimming below.  We were very lucky he sat in one of the restaurant’s spot lights otherwise we would never have captured this shot because we don’t use flash on wildlife. 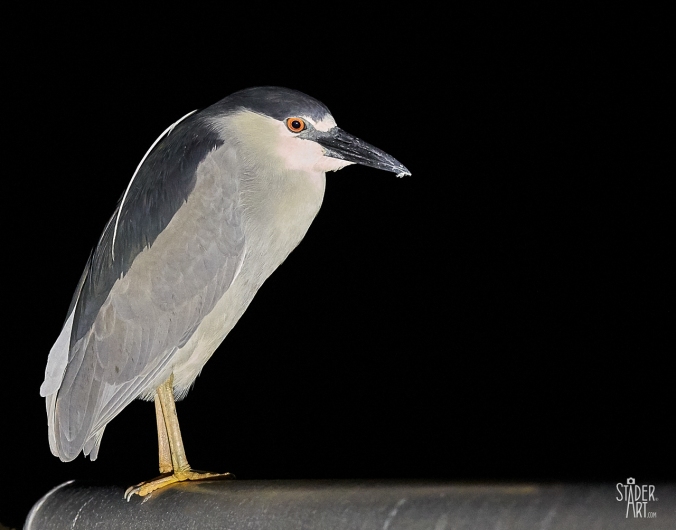 Another time while dining in Casco Viejo we were surprised when the President of Panama dropped in.  We were politely asked to move to a different table to accommodate his large party, but it certainly made for an interesting evening!  And… for some reason our cell phones mysteriously stopped working throughout dinner 😉

We enjoy the surprises every night after dark in Panama City…