With an upcoming trip to Panama City in less than three weeks, our thoughts have turned to the tropics.  Panama City is an energetic cosmopolitan city where you can enjoy fine dining, shopping and a plethora of city attractions.  But take a quick trip outside the city and you are immersed in nature and you feel like you have entered another world.

Our top three things to do around Panama City

Monkeys are fascinating creatures and a trip to Monkey Island is an absolute must for any visitor to Panama.  Located in Gatun Lake (which forms a large part of the Panama Canal), it’s about a one hour drive from the city.  You can easily arrange a tour of Monkey Island through a travel agency in the city (and they will often include other attractions to make a full day trip) or you can drive to the boat launch on Gatun Lake and hire a local fisherman to take you out.  Ironically, it is not an island at all but is comprised of a number of small islands and shoreline around Gatun Lake that are are home to a variety of species.

White-faced capuchins are very acrobatic and intelligent–they have learned what an approaching boat signifies as they have been fed by the locals and tour operators for years.  Food is the universal unifier among all animals, including humans–providing some very close encounters with these curious animals!    A simple offering of pineapple to this Capuchin and the expression on his/her face says it all…

Connecting with a White-faced Capuchin

Geoffrey’s Tamarin monkeys are really unique looking with a distinguishing white mohawk and goblin-like ears–they kind of resemble Gizmo in the Gremlins movie but are quirky and seldom seen.  On this particular day we encountered a small troop of them and captured some cool shots!  These monkeys are only found in Panama and Colombia and are also known as the Panamanian Tamarin, Red-crested Tamarin and Rufous-naped Tamarin.  This little guy had some serious attitude sticking his tongue out at us!

Insider Tip:  Go early!  Like most animals they are most active in the morning and are lazy in the afternoon after all the boats have exchanged their fruitful bounty for photo ops.

Casco Viejo (Spanish for Old Quarter) is the old historic district of Panama – and it’s got quite a spicy history too!  Built and settled in 1673, after Welsh pirate Captain Henry Morgan sacked the original city, Casco Viejo went into a state of disrepair and by the 1950’s it was in pretty bad shape; however, starting approxamitely 20 years ago, the old town has being painstakingly revitalized one building at a time.

Casco Viejo was designated a UNESCO World Heritage site in 1997

Casco has a vibrant atmosphere, narrow cobblestone streets and beautiful architecture that is a mix of Spanish, French, Colonial with a pinch of Neoclassic design thrown in.  While walking the streets you feel as though you could be in a European city or New Orleans, but all the while it has its own special latin Panamanian vibe.

There are many plazas with large beautiful trees, park benches, small cafes, boutique hotels, and chic restaurants lining the perimeter.  The main square is called Plaza de la Indepencia and it features the impressive Metropolitan Cathedral. 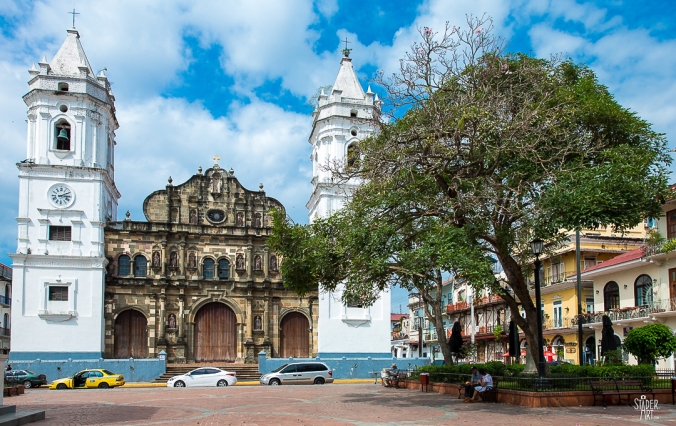 Casco is an eclectic mix of traditional and modern culture.  Plaza Francia at the very tip of Casco Viejo, has many arts and crafts on display by various indiginous groups, such as this lady from the very colorful Guna group from the San Blas islands on the Caribbean side of Panama.

Lady from the Guna indigenous people in traditional dress

Casco Viejo stands in stark contrast to the very modern skyscraper studded skyline of Panama City.  We took this photo on our very first trip to Panama in 2006, before the ring road around Casco Viejo was built and before many of the skyscrapers were finished.

The modern city in 2006 as seen from Casco Viejo

Insider Tip:  If you are a first-time visitor to Panama, take a taxi or the red hop-on hop-off busses if you plan to visit Casco Viejo.  The maze of narrow one-way streets and lack of parking can make it a stressful experience to drive!

We have been to the Panama Canal at least half a dozen time over the past 10 years and it never gets old – many guide books rate this the top “must see” in the country.  The Canal is the economic lifeblood of Panama and it is an amazing feat of human engineering.

Photo taken from Ancon Hill.  Miraflores locks are in the foreground, Pedro Miguel locks in the middle/right of the image, and a ship passes under the Centennial bridge in the background.

There is nothing like standing on the observation deck at the Miraflores Locks watching a massive ship squeeze into the locks with only a few feet to spare on either side.  Even better is to have dinner at the Miraflores locks and watch the ships enter and exit the locks all night long. 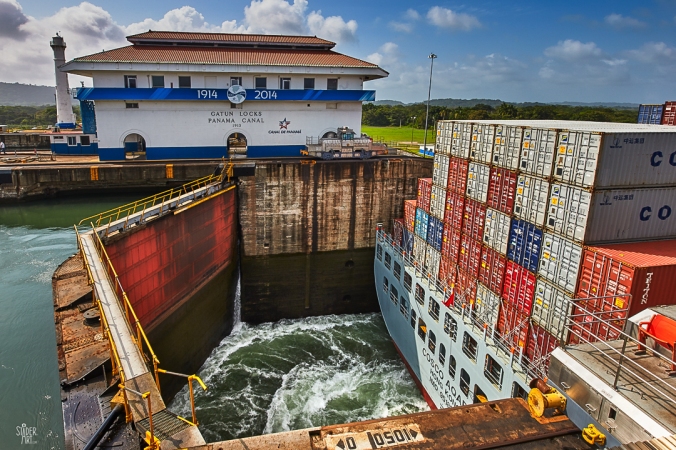 A massive cargo ship is being lowered in the locks

With the opening of the new larger locks and widened canal only a few months ago, we are excited to visit the canal on our next trip to see ships with 2.5x the tonnage transiting the canal!

Insider Tip:  Get there before the tour buses deposit hoards of people and lines swell!

Thanks for reading!
Marcy & Ray Stader 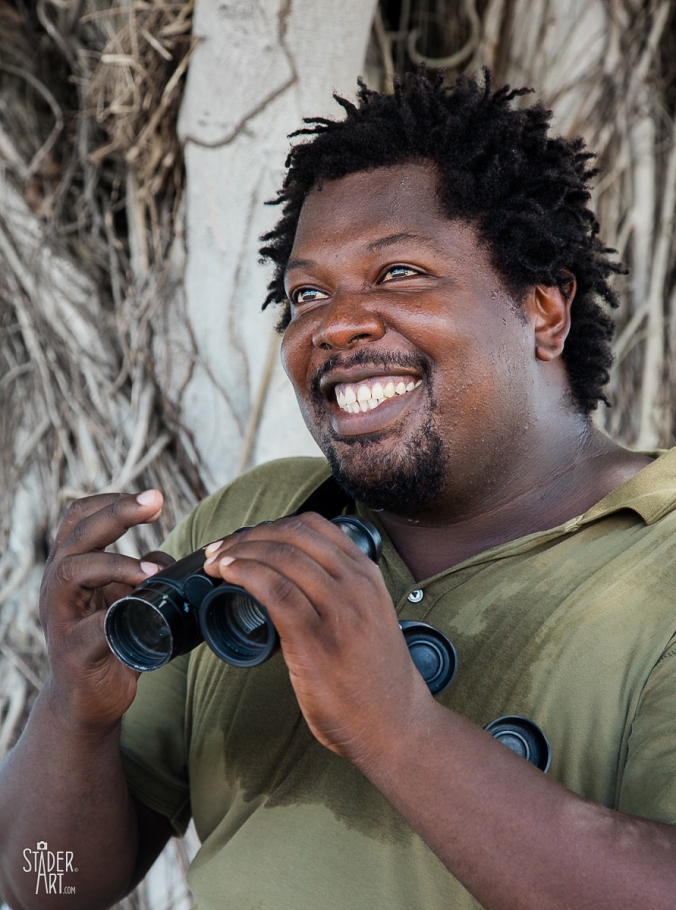 When we first met Beny 2 years ago we were not avid birders… Ray had suffered a back injury that required us to change our usual activities to something more “tame.” A friend suggested we might like birding because of our interest in wildlife–we were skeptical but decided to give it a try and Panama seemed like the perfect place.

After our first 8-hour day on the famous Pipeline Road, dripping with sweat and swatting bugs that had no respect for bug spray, we weren’t sure what to think… until we downloaded our memory card and started looking at the pictures we took.  Suddenly those small, twitchy creatures jumped out of the screen in amazing detail, allowing us a small glimpse into the avian world – we were hooked! 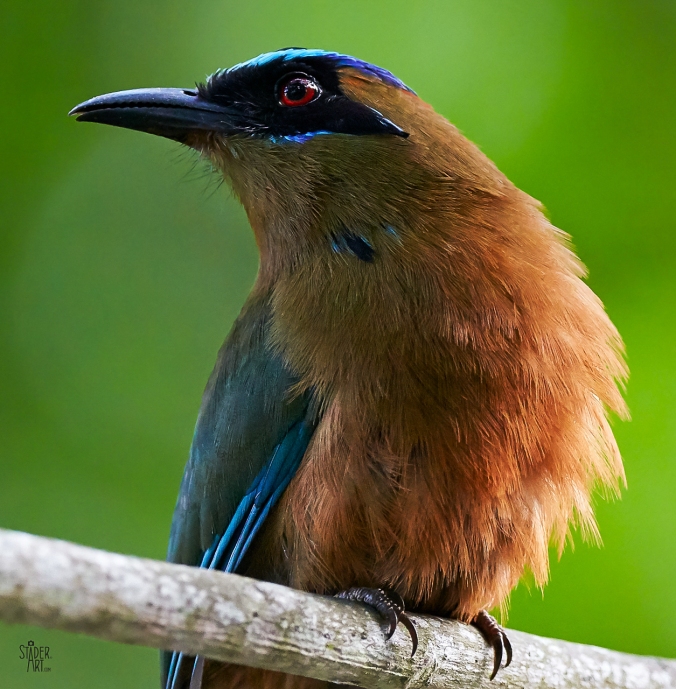 (Blue-crowned Motmot.  Sometimes birds surprise you and come so close, they are almost out of the focal range of the lens, but the detail you can capture is mind-blowing!) 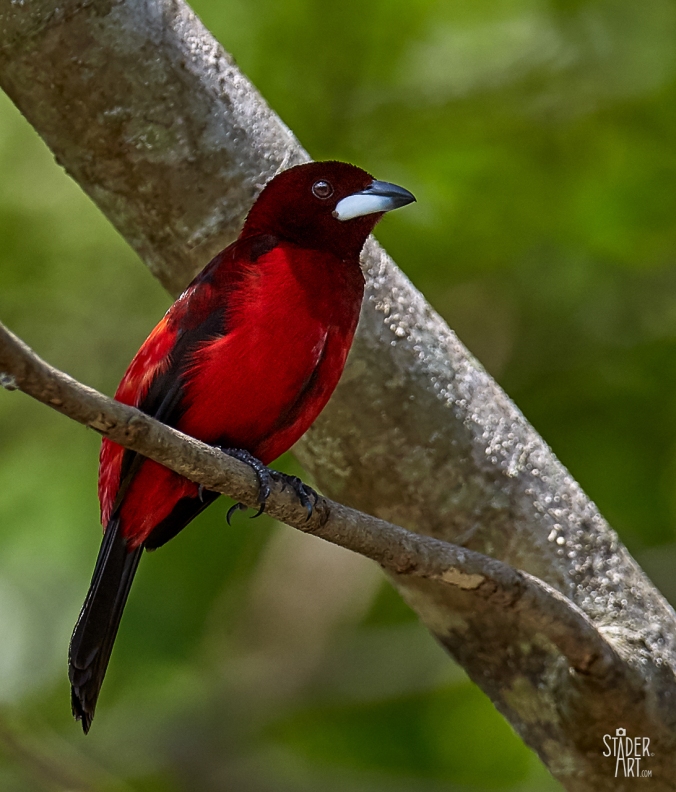 (Male Crimson-backed Tanager.  These birds are quite common in Panama, but the colour is so vibrant we never tire of watching them.)

Beny has the eyes of a hawk and a guide of his caliber can make such a difference.  When he starts acting like a kid at Christmas, you know you have been gifted something special, like when he spotted a Yellow-breasted Crake at Ammo Pond.  These birds are extremely rare–the last time Beny saw one was three years ago!

(Yellow-breasted Crake.  We would normally not include such a “bad” photo in our blog but the rarity of this bird made it an exception.  Due to the dense vegetation of its habitat it is very difficult to see, much less photograph.  Just getting this “head shot” was a challenge.)

Sometimes you get lucky and lightening strikes twice on the same day.  While hiking the Laguna Trail, Beny spotted a bird he wasn’t sure about (needless to say we were shocked).  It turned out to be a dark-phase juvenile Gray-headed Kite.  The dark phase was a “life bird” for Beny (which undoubtedly means it is also one for us)–score two! 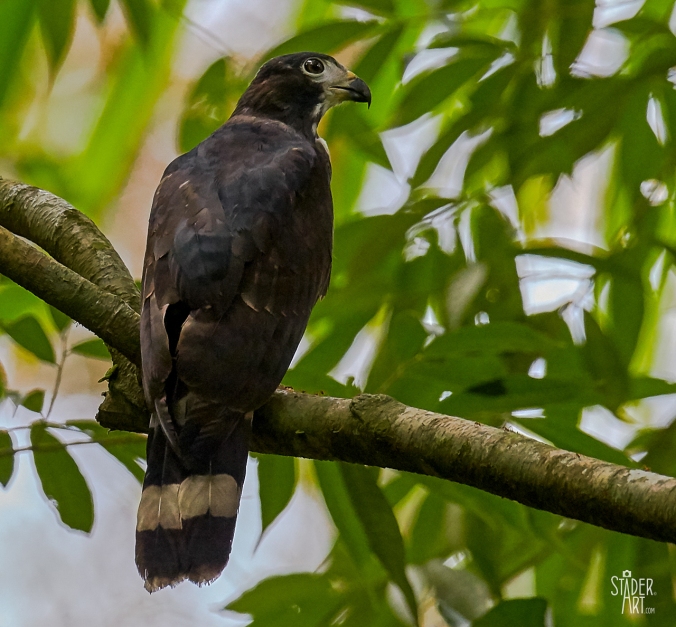 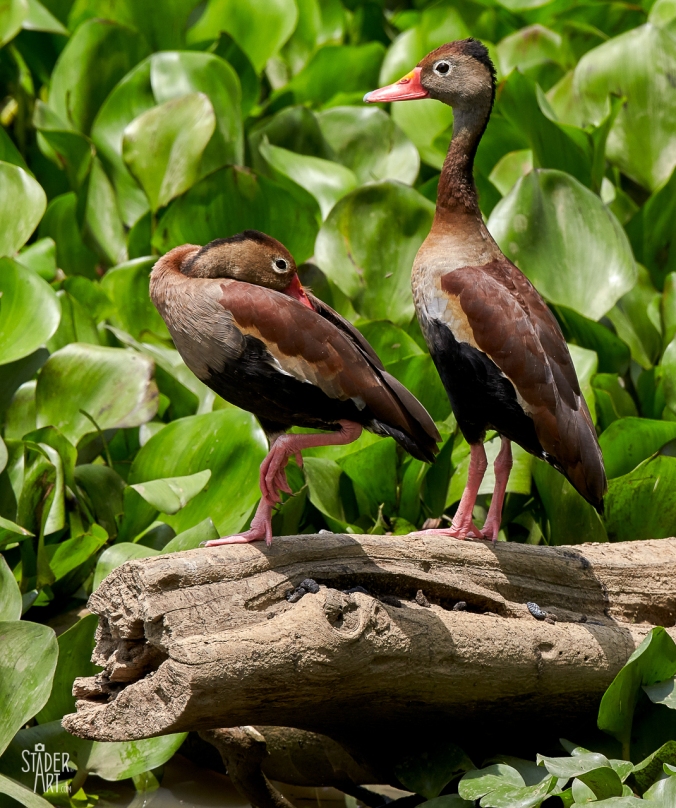 As we finished the Laguna Trail we ended up by the Canal and saw several waterfowl wading about in a picturesque setting.  It was the perfect end to the perfect day.

Thinking back to the circumstances under which we first met Beny we can’t believe how our misfortune turned into such a blessing.  One that we can appreciate for many years to come!

When the sun goes down in Panama City there a surge of energy – a kind of “second wind” that infuses all who endured the afternoon tropical heat.  The city never sleeps, but the evening brings on a renewed sense of energy.  The temperature hovers around a perfect 24c/75f and the humidity is just right – it hugs you as you walk around the lively streets of the city.  So what are the top things to do?  Here are a few of our favourite suggestions:

1. Soak up the city lights.

Panama City may be all hustle and bustle during the day, but like the Latin culture, she sheds her work clothes and dresses up in glittering style when the sun goes down.  There are plenty of vantage points in which to soak in the glow of the city splendour, from rooftop bars (like the the 66th floor of the Ocean Sun Casino), to a walk along the Cinta Costera.

(The Cinta Costera along the waterfront in Panama City)

2.  Watch the ships lining up to transit the canal.

This is just as fun to watch in the evening as it is during the day.  The best viewing spots are on the Amador Causeway and the Miraflores Locks.  The Locks feature a raised restaurant with a lovey outdoor balcony from which you can enjoy the show while sipping a martini!

(The Panama Canal never sleeps either – ships await their turn to transit the 80 km waterway 24/7, 365 days a year)

3.  Kick-back and enjoy the the vibe at a local restaurant.

Panama has an amazing restaurant scene, everything is made from scratch and there is a broad range of cuisine available to suit every palette.  It is also a great way to people watch –you never know who might drop in!

One evening we were enjoying dinner outside on the Bay of Panama and we noticed a heron sitting on the roof line of the restaurant.  Of course we didn’t have a camera with us but this Black-crowned Night-Heron was incredibly patient and waited 10 minutes for us to grab the camera and come back to the restaurant.  It continued to pose for about half an hour because it was waiting for an opportunity to grab one of the fish swimming below.  We were very lucky he sat in one of the restaurant’s spot lights otherwise we would never have captured this shot because we don’t use flash on wildlife.

Another time while dining in Casco Viejo we were surprised when the President of Panama dropped in.  We were politely asked to move to a different table to accommodate his large party, but it certainly made for an interesting evening!  And… for some reason our cell phones mysteriously stopped working throughout dinner 😉

We enjoy the surprises every night after dark in Panama City…